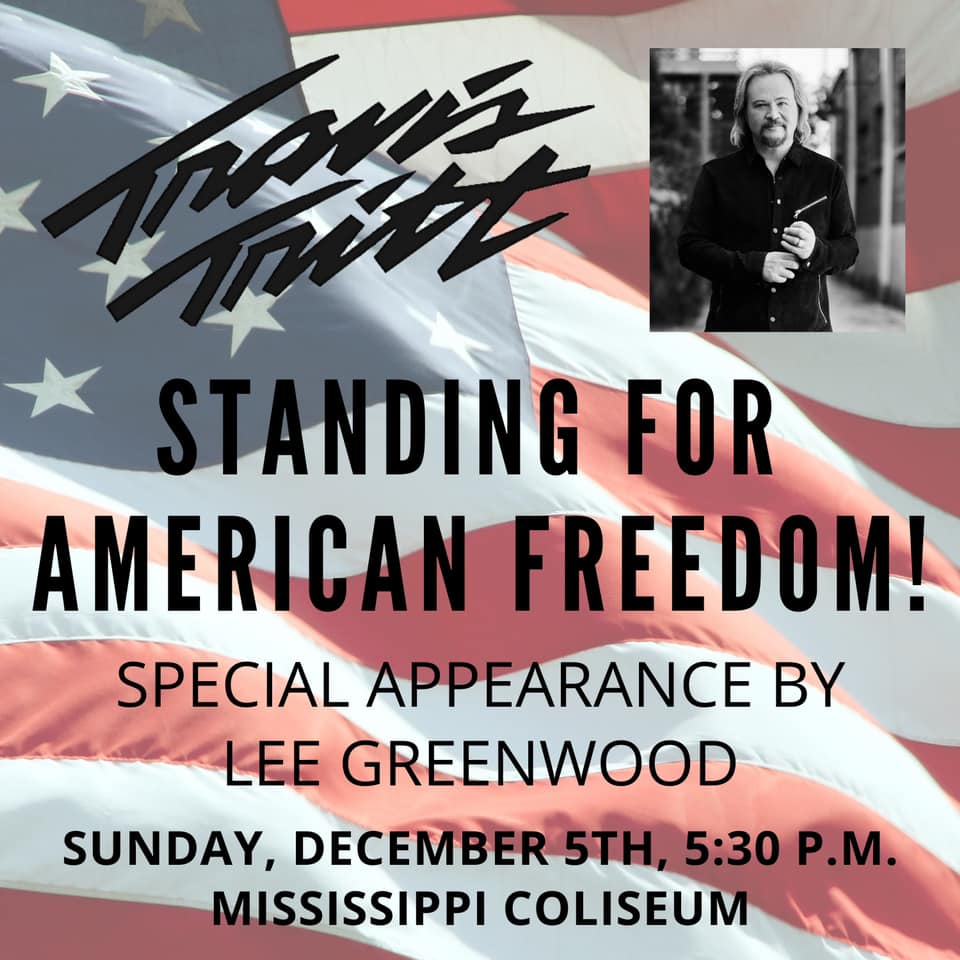 The Mississippi State Fairgrounds is pleased to announce a Patriotic Concert Event honoring our veterans and their stand for American freedom.  Standing for American Freedom will be held inside the Mississippi Coliseum on Sunday, December 5, at 5:30 p.m. in recognition of the 80th Anniversary of Pearl Harbor Day, which will be observed nationwide on December 7.  This event will be held in partnership with the Friends of Mississippi Veterans.

Mississippi veterans of each military branch will be recognized and honored including surviving Mississippi World War II veterans.  In addition, several special guests including former Governor Phil Bryant and Mississippi Veterans Affairs Director Stacey Pickering will pay tribute to our veterans’ defense of American freedom.  The event will feature not one, but two, concert performances.  The concert will be opened by world famous patriotic country music artist Lee Greenwood who will perform a live version of God Bless the USA among several other songs.  Acclaimed country music artist Travis Tritt will perform his patriotic song What Say You as well as a full 90-minute concert.